Authorities in the New York jail where financier Jeffrey Epstein, the financier who died by suicide in his cell, appear to have not followed protocol the night of his death, according to a new report.

Guards at the Metropolitan Correctional Center were supposed to check on Epstein every 30 minutes, which the facility said it would do after Epstein was taken off suicide watch, The New York Times reported. However, this protocol was not met the night prior to him being found dead of an apparent suicide.

The disgraced financier was also being housed alone in a cell after his cellmate was transferred, two sources told The Times, which officials said also violated the jail’s normal procedure. The Metropolitan Correctional Center did not immediately respond to a request for comment from Business Insider.

CNN also reported that two guards were on duty at the Special Housing Unit at the time of Epstein’s death. Citing a source, both guards were reportedly on overtime and one was working his fifth overtime shift of the week.

As the investigation into Epstein’s death continues, CNN reported that there is a chance for criminal prosecution if guards had falsely reported they made necessary supervision rounds when they didn’t.

Epstein was awaiting trial on charges of conspiracy and sex trafficking. He had pleaded not guilty to the charges.

The details surrounding Epstein’s death come amid a swirl of questions and conspiracy theories inquiring how Epstein would have successfully died by suicide under the watch of authorities in the high-profile facility.

Federal law-enforcement officials, congressional lawmakers, andEpstein’s accusers involved in the current case against him have all demanded answers about the circumstances surrounding his death. 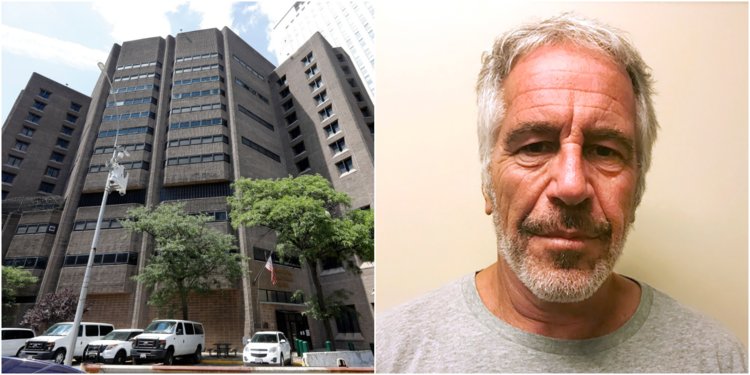 Authorities with the Southern District of New York, the US Justice Department, and the FBI announced Saturday that the agencies would launch investigations into Epstein’s death.

In late July, Epstein was found unresponsive in his cell after what appeared to be a suicide attempt. He was hospitalized, then returned to his cell, where he was set to be monitored on suicide watch.

He was not on suicide watch at the time of his death, multiple sources told NBC News.

A person with knowledge of the investigation told The Times that when Epstein was taken off suicide watch, the jail told Justice Department that Epstein would have a cellmate and a guard “would look into his cell” every 30 minutes.

Epstein was taken into custody after his July 6 arrest on new charges that alleged Epstein ran a sex-trafficking ring involving girls as young as 14, systematically molesting dozens of underage girls.

The financier previously fielded allegations of sexual assault for years while keeping a shroud of mystery over his business ventures and high-profile network of friends.

Since the arrest, unsealed documents related to the investigation revealed how the financier’s network of employees facilitated his alleged sex trafficking, and gave insight to his close ties to high-profile figures in politics, business, and British royalty.

He was first investigated by the Palm Beach Police Department in 2005. In 2007, he cut a secret non-prosecution agreement with then-US Attorney Alex Acosta, who resigned as President Donald Trump’s secretary of labor earlier this year. The deal allowed him to plead guilty to two state counts of soliciting prostitution with a sentence of 18 months in a county jail. He served 13 of those months and has a work release that allowed him to spend six days a week at his office for 12 hours per day.

If you or someone you know is struggling with depression or has had thoughts of harming themselves or taking their own life, get help. The National Suicide Prevention Lifeline (1-800-273-8255) provides 24/7, free, confidential support for people in distress, as well as best practices for professionals and resources to aid in prevention and crisis situations.

Only 33% of Americans think that Jeffrey Epstein died by suicide

Federal prosecutors will continue to investigate the Epstein sex trafficking