Huawei cooperated with operator MTS to open the first 5G network test site in Moscow with the aim of deploying this service to the entire Russian capital. 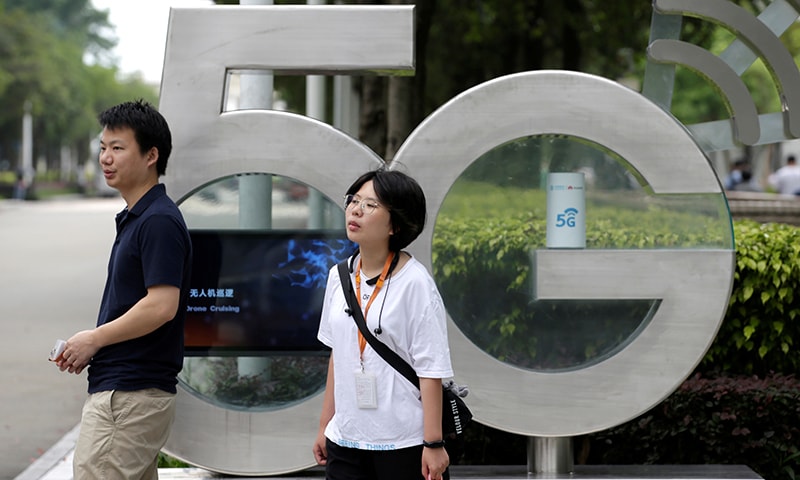 While the US banned Huawei for alleged espionage and asked its allies to do the same, Moscow has rolled out the red carpet for the Chinese tech company, letting it develop 5G networks in Russia. Analysts say the move is as much a show of solidarity with Beijing against the US as it is a drive to bring ultra high-speed internet to Russian tech users.

This month, Huawei opened its first 5G test zone in Moscow in partnership Russian operator MTS, with a view to rolling out the service to  the rest of the capital.

Moscow authorities say the network will become part of the city’s normal infrastructure within the next few years.

A pioneer in telecoms networks compared to many Western countries, Russia plans to deploy 5G in all of its main cities by 2024.

When Chinese President Xi Jinping visited Russia in June — at the height of Washington’s conflict with Huawei — Russia’s main operator MTS signed a contract with the Chinese company.

At the  inauguration of the 5G zone in Moscow, the CEO of Russia’s branch of Huawei Zhao Lei praised the company’s activities in the country.

We have been working in Russia for 22 years. Thanks to our partners, we live well here,” he said.

He added that Huawei, considered a world leader in 5G technology, plans to “lead in the development of 6G” in the future.

Huawei is also the world’s second-largest smartphone company. It did not respond to AFP’s interview requests.

A source in Russia’s 5G research community said Huawei is the biggest investor in the development of mobile technologies in Russia, with “th largest research laboratory of all operators” in Moscow.

According to the Vedomosti business daily, Huawei currently employs 400 people in Moscow and 150 in Saint Petersburg in mobile research and development. It aims to employ 500 more people by the end of 2019 and 1,000 more over five years.

Experts said Russia’s welcome of Huawei does not mean the Chinese company is alone in the race for developing 5G in Russia.

“Russian operators are all collaborating with multiple 5G equipment vendors, Huawei included. We do not see any clear 5G leaders in the network deployment in Russia,” said Michela Landoni, an analyst at Fitch Solutions.

She said operators prefer this approach to avoid being “reliant on one specific vendor” and to protect themselves against cyber threats.

The Tele2 operator was the first to launch 5G in Russia with Sweden’s Ericsson in August, on Moscow’s main Tverskaya street.

Many Chinese companies are having trouble due to trade tensions