Forever 21 which is fastest growing fashion store in the US

Forever 21, an American mall mainstay that helped proliferate the “fast fashion” trend, has filed for bankruptcy.

The company wrote in a letter to its customers on Sunday that Forever 21 Inc. had voluntarily applied for bankruptcy as part of a Chapter 11 filing. The company said the measure allowed it to operate business as usual while taking steps to restructure the business.

The California-based retailer stressed that the filing did not indicate plans to go out of business.

“On the contrary, filing for bankruptcy protection is a deliberate and decisive step to put us on a successful track for the future,” the company wrote.

A representative for the company told Business Insider in a statement that the company planned to close most of its locations in Asia and Europe but to continue operations in the US, Mexico, and Latin America.

“This was an important and necessary step to secure the future of our company, which will enable us to reorganize our business and reposition Forever 21,” Linda Chang, the company’s executive vice president, said in the statement.

Chang told The New York Times on Sunday night that the retailer would soon cease operations in 40 countries.

The company also plans to close up to 178 stores in the US and up to 350 globally. The company says it will continue to operate its website and hundreds of brick-and-mortar shops across American shopping malls. 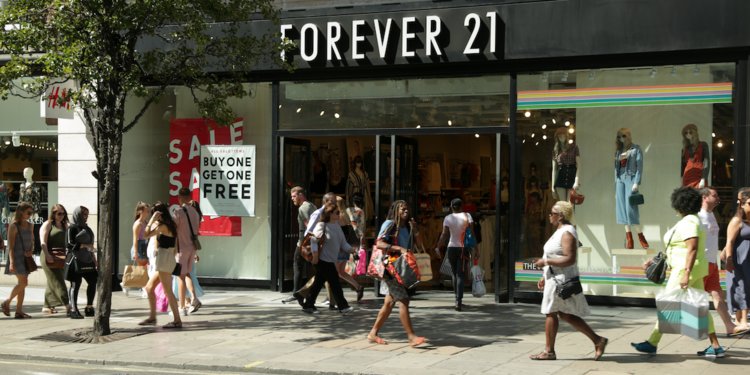 Chang told The Times that the company’s rapid expansion — opening stores in 47 countries in less than six years — contributed to a lot of “complexity” with Forever 21’s profitability. She added that changes to the retail industry, including the rise of e-commerce, challenged the business.

“The retail industry is obviously changing,” she told The Times. “There has been a softening of mall traffic and sales are shifting more to online.”

The announcement came after reports indicated Forever 21 had hired a team of advisers to seek out private-equity support to refinance and restructure the beleaguered brand. Those efforts proved futile, however, thanks in part to ongoing disagreementsbetween store landlords and company leadership, including the cofounder Do Won Chang, who has insisted on maintaining a controlling stake in the company, Bloomberg reported.

As a privately held company, Forever 21 — which has more than 800 stores across the US, Europe, Asia, and Latin America — does not publicly disclose sales, though it’s estimated to bring in $3 billion annually. The company has shown significant signs of struggle over the past few years, however, closing stores in international markets like London and China.

Sources close to the matter told Bloomberg that “a bankruptcy filing would help the company shed unprofitable stores and recapitalize the business.”

Forever 21 was founded in 1984 and rose to prominence in the 1990s and early aughts for its low-priced, stylish offerings that were particularly popular among young women. The company took a hit in recent years thanks to increased competition from trendy e-commerce companies like Revolve as well as the rise of direct-to-consumer companies, which have redirected shoppers away from malls.

9 tiny houses in Silicon Valley that you can rent

‘Joker’ spurs security precautions from the US Army and the Los Angeles police.

Tyler Cameron had some things to say about his relationship with Gigi Hadid.