Passersby stop to take pictures of a field of decorated flowers. Pattarapong Chatpattarasill

From the shadow puppetry of ‘nang yai’ to the beauty of the ‘khon’ masked dance, people have been flocking to enjoy a rare cultural treat

Bangkok nights are filled with joy as Mahorasop Sompoch performances are staged at Sanam Luang, during a week of festivities to celebrate the coronation of King Rama X on May 4.

Since Wednesday, people have been visiting Sanam Luang to enjoy a feast of colourful traditional Thai performances being put on by dozens of skilled artists.

The origins of some of the shows can be traced back several hundred years to the Ayutthaya period of Thai history.

After work, people have been flocking to the area to celebrate the crowning of King Rama X and taking the opportunity to capture the majesty of the occasion on their smartphone cameras to share with friends…

Among the highlights is the shadow puppet theatre, called nang yai and nang talung, which is performed on a stage opposite the Supreme Court. Spectators rush to “book” their seats hours before the shows…

Others, including khon masked dance, are shown on the main stage in the middle of Sanam Luang and on another stage next to Thammasat University.

Since the performances started on Wednesday, the sense of joy among those present has been palpable.

This nighttime happiness will continue until the curtain is drawn on Tuesday evening.

The unsung heroes behind the shows said they had only one goal in mind when they set out.
“We want to follow in the spirit of what His Majesty the King said on Coronation Day,” they said, referring to the ceremony on May 4.

The King announced that day: “I shall carry on, preserve, develop and reign with righteousness for the benefit and happiness of the people.”

The organisers also said they are proud and honoured to have a chance to promote Thai traditions as part of such a historic event.

The ‘khon’ masked dance, which is based on the Hindu epic, the ‘Ramayana’, culminates with a scene of the coronation ceremony of King Rama, the protagonist in the story. Pattarapong Chatpattarasill 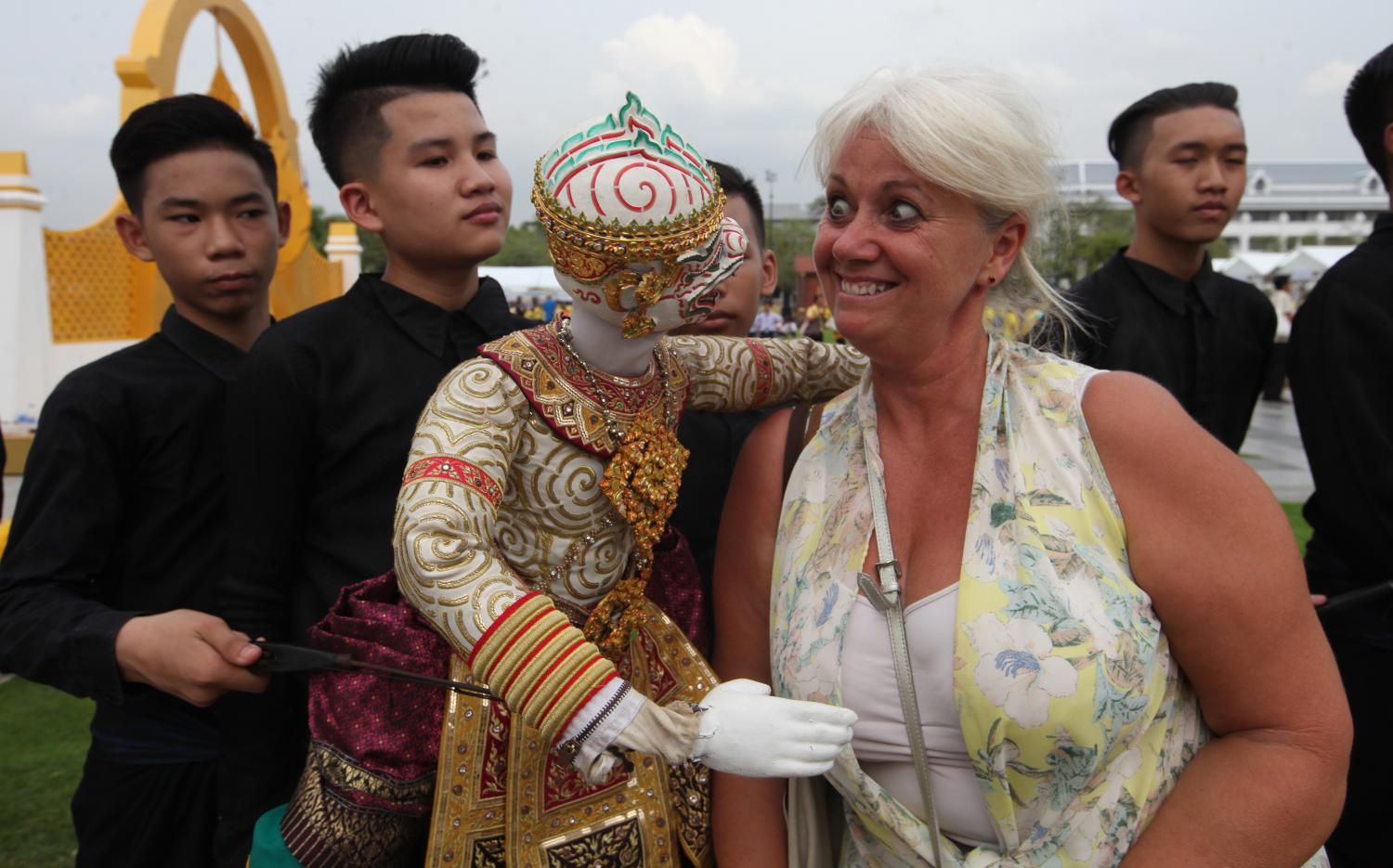 A puppet Hanuman, a divine monkey in the ‘Ramayana’, gives a tourist a hug before a Joe Louis Puppet Theatre show. Pawat Laopaisarntaksin 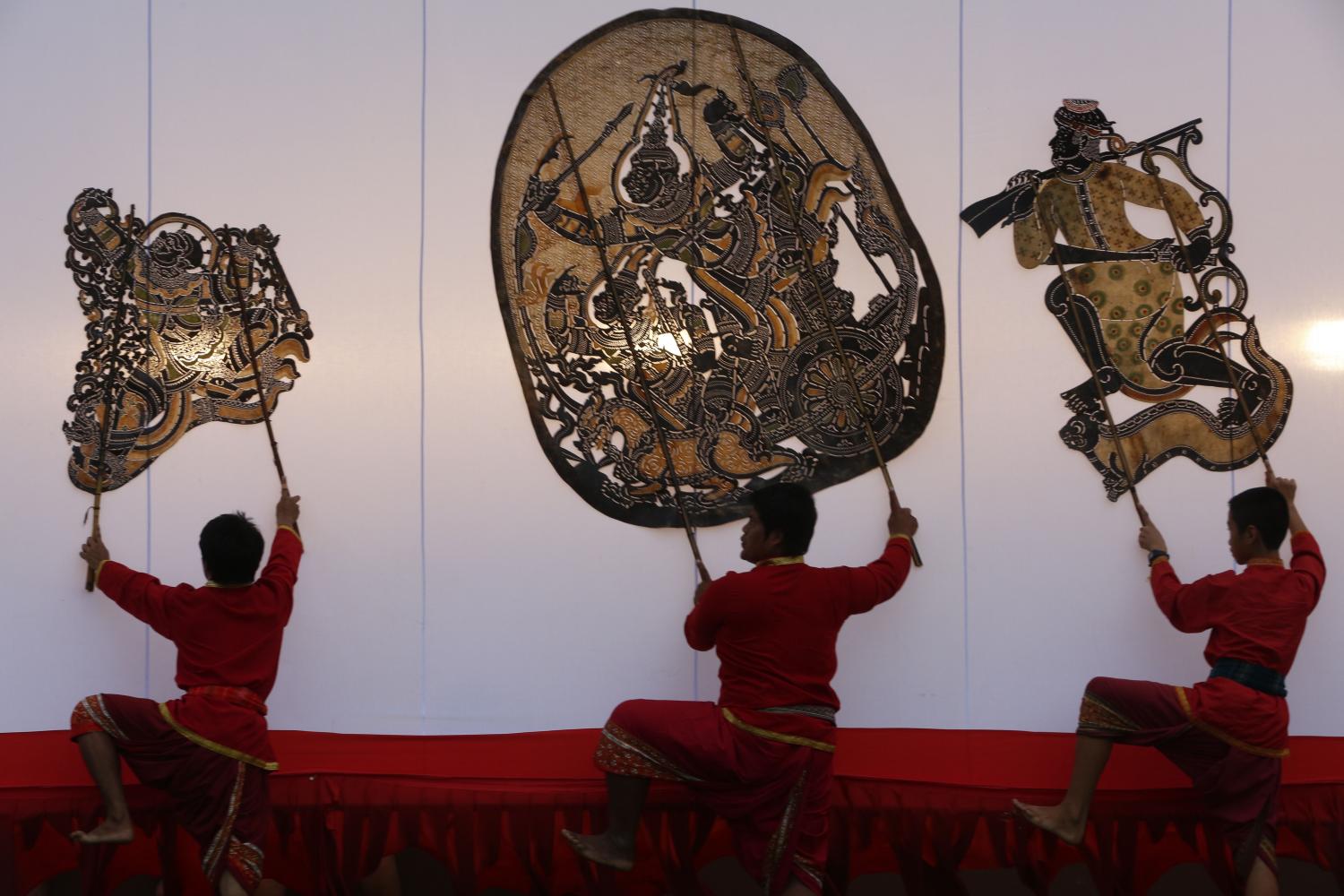 The ‘nang yai’ shadow puppet show is among the most popular attractions at Sanam Luang. Pornprom Satrabhaya 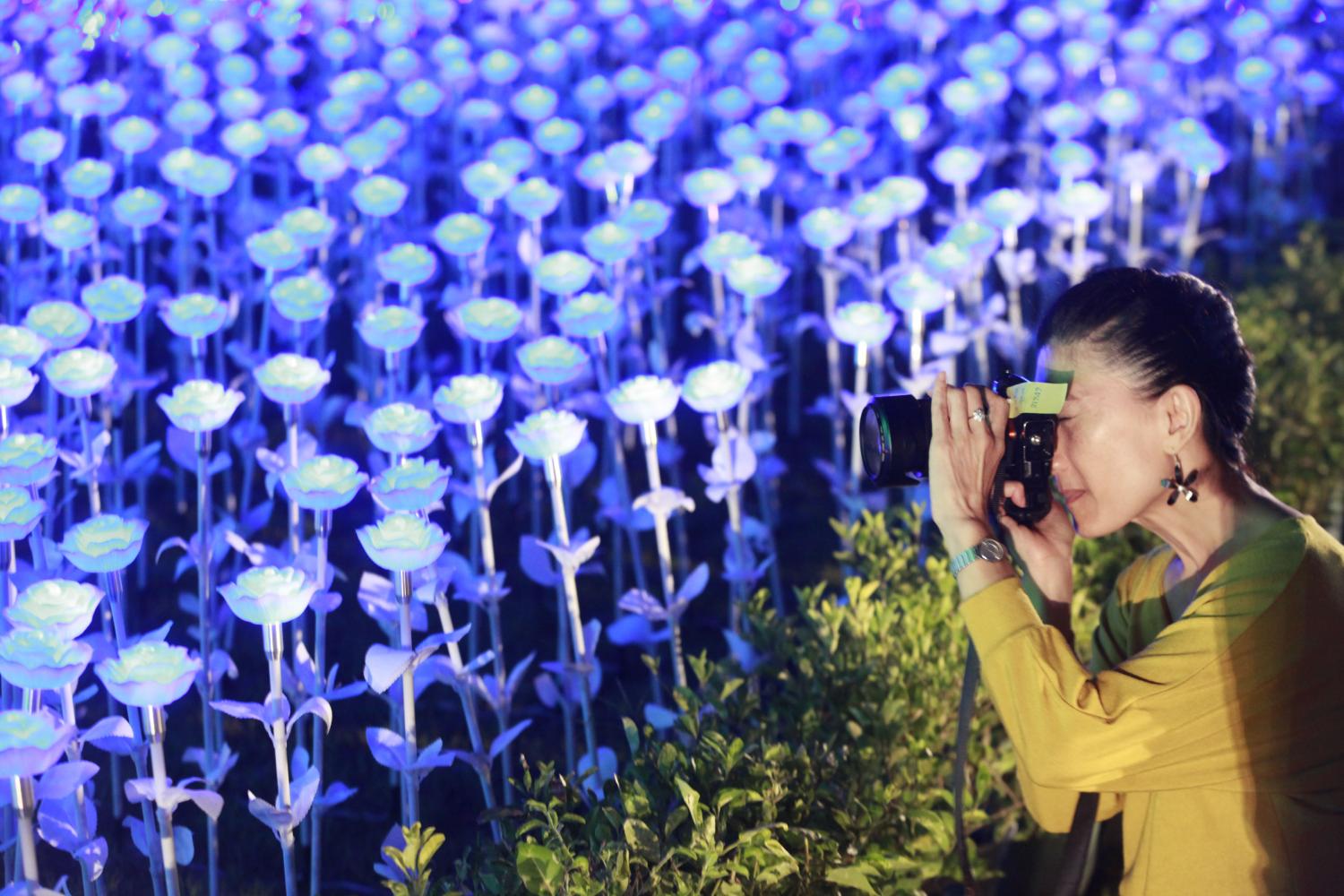 A visitor is captivated by an LED rose garden. Pornprom Satrabhaya 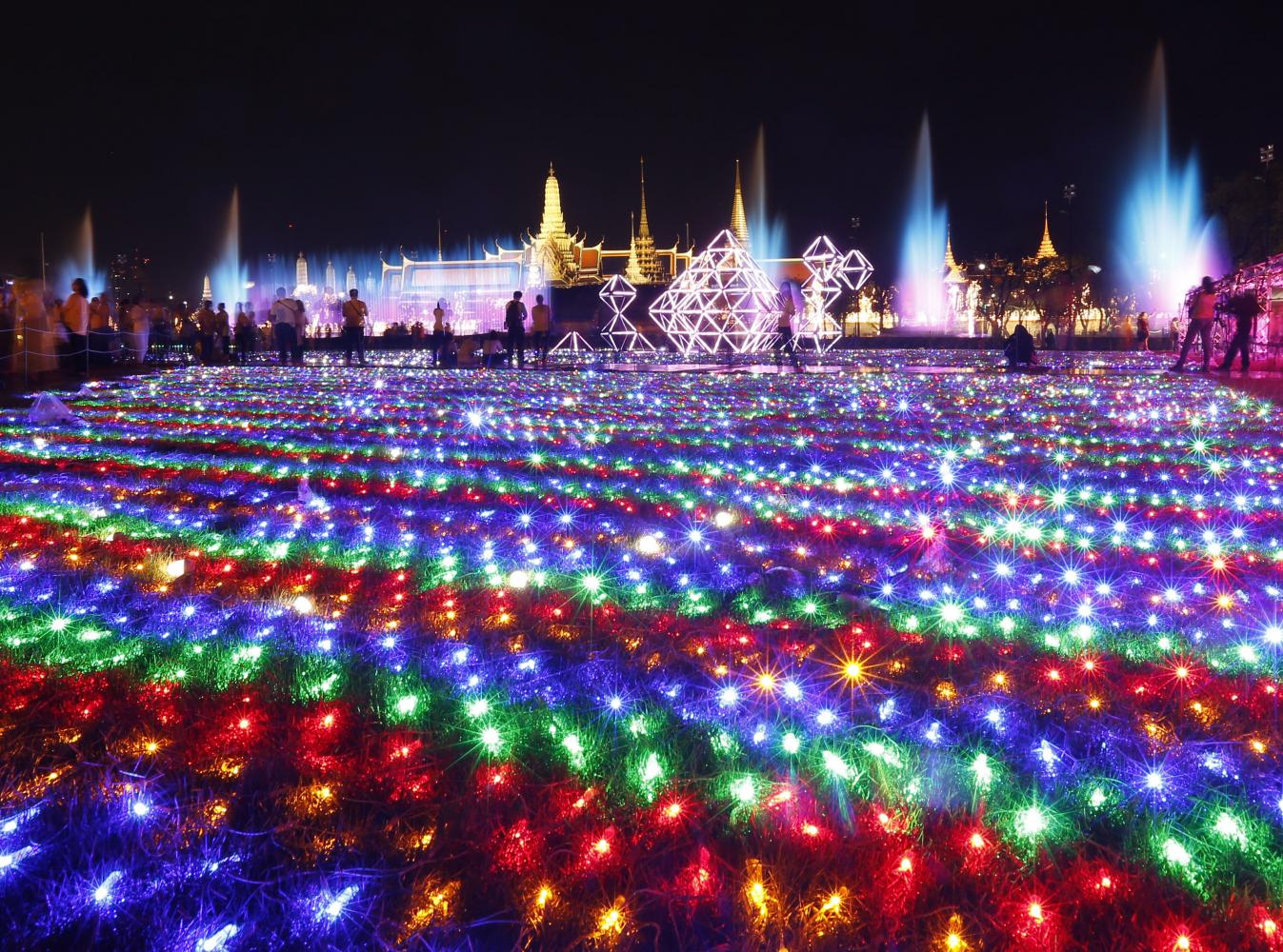