Connect with:
HomeNewsExplosion of a tanker truck : at least 7 people died and nearly 50 people were injured in Mali
News
author: Harvey

Explosion of a tanker truck : at least 7 people died and nearly 50 people were injured in Mali

On September 24, a tanker truck exploded after a traffic accident in Mali’s capital city of Bamako kills 6, wounds 46.

The tanker swerved out of the way of a motorcycle, lost control, crashed on its side and exploded, a witness told Reuters. The flames engulfed onlookers who ran to put themselves out in nearby gutters, he said.

Photos of the scene circulating online showed a wide column of black smoke rising high into the sky. On the roadside, photos showed a line of charred motorcycles and cars. 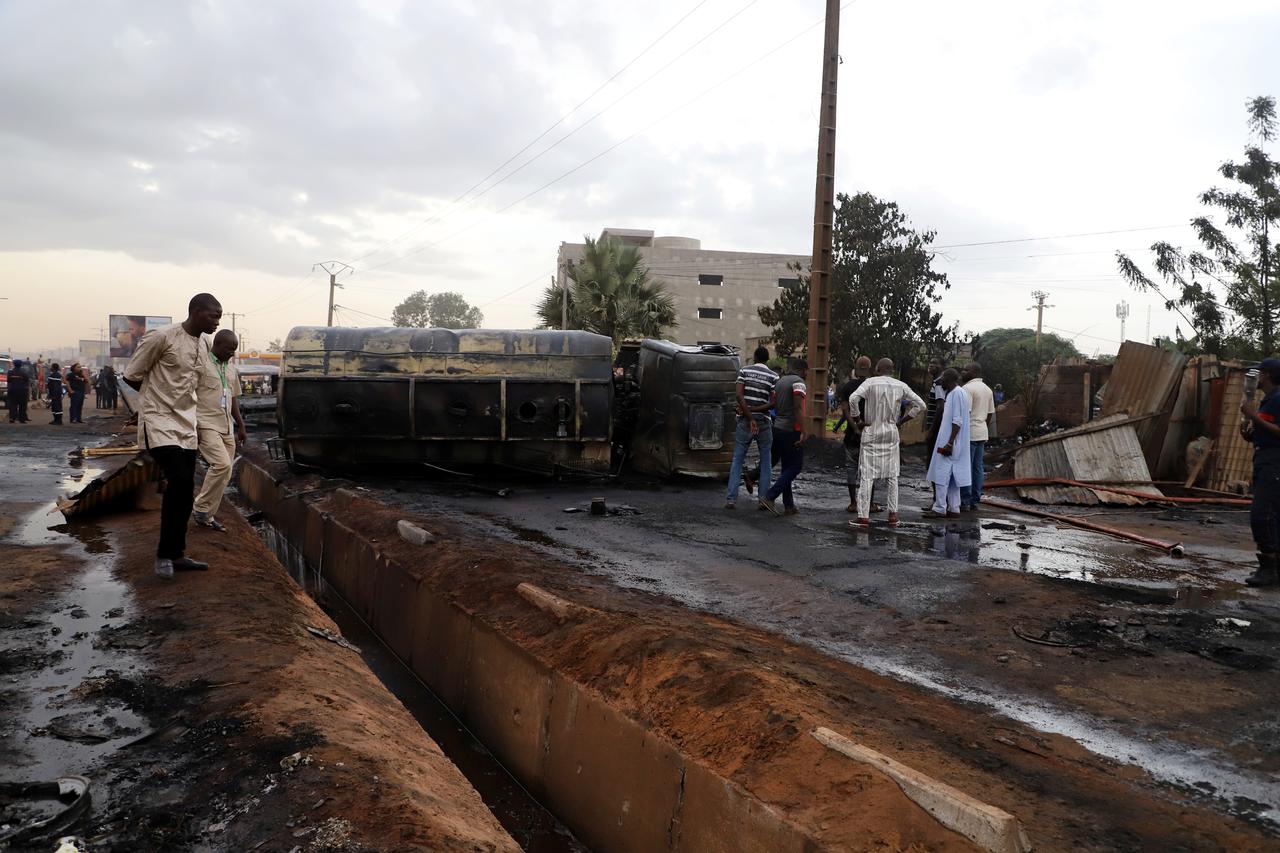 People observe the site of a fuel tanker explosion during a traffic accident in Bamako, Mali September 24, 2019. REUTERS/Paul Lorgerie

“We found several people burned and the tank was knocked down when we arrived on the scene. At the moment, we have 46 seriously injured and six killed, over 30 motorcycles, a pick-up and a goods vehicle burned,” said Lieutenant General Diarra, the director general of civil protection of Bamako District.

There was no immediate suggestion that the accident had any link with Islamist groups who frequently carry out violent attacks in the north and center of the restive West African country.