Cardi B “won Paris Fashion Week” on Saturday with her full body-covering Richard Quinn AW19 ensemble, but people are calling out the double standards that the outfit choice represents.

In April 2011, France became the first country in Europe to impose a ban on full-face veils in public areas, meaning that Muslim women who wore face-covering niqabs or burkas were no longer allowed to do so. 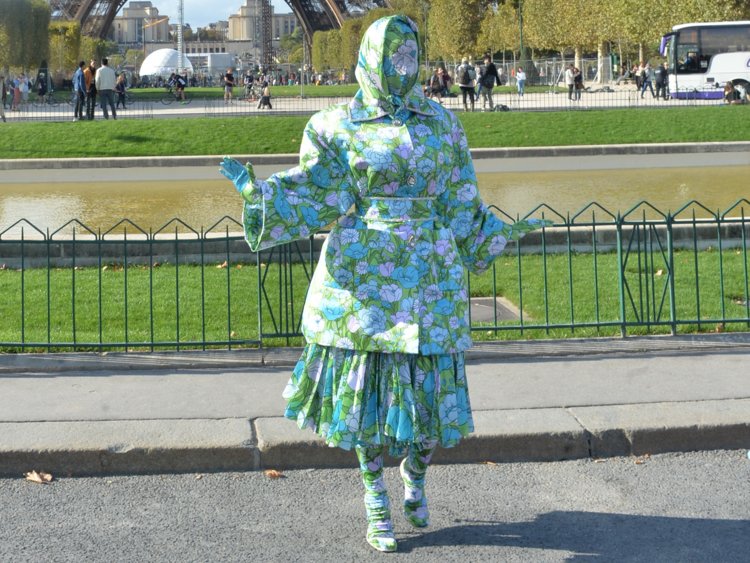 However, the same rules didn’t seem to apply to Cardi B, who wore her face-covering floral print on a visit to the Eiffel Tower.

“PARIS FASHION WEEK, IM HERE !” the rapper tweeted alongside a video of her standing in front of the iconic monument.

“What’s poppin’ baby?” Cardi B is heard saying in the video.

It’s unclear whether the “Bodak Yellow” artist was making a political statement with her outfit choice, but fans made the connection for themselves.

“So if muslim women do this we terrorists. If cardi does it shes iconic?” one person tweeted.

“I hope this reminds people that Niqabs are banned in public places in France & come with a fine of up to €150.”

“Soooo is anyone in France going to raise security concerns about Cardi B fully covering herself, or does that argument only apply to Muslim women in niqab?” another person tweeted.

The 2011 law made it illegal in France to wear “any article of clothing intended to conceal the face” in public.

A woman wearing a niqab in Paris in 2011.Thomson Reuters

Then-president Nicolas Sarkozy said that the veil “is not welcome in France” in a state of the nation speech in 2009.

“The problem of the burka is not a religious problem, it’s a problem of liberty and women’s dignity,” he said.

The United Nations Human Rights Committee disagreed, ruling in 2018that the law violated the human rights of Muslim women, though no further action was taken by the French government.

According to the BBC, France is thought to have just 2,000 women who wear full veils, despite having the largest Muslim minority in Western Europe.